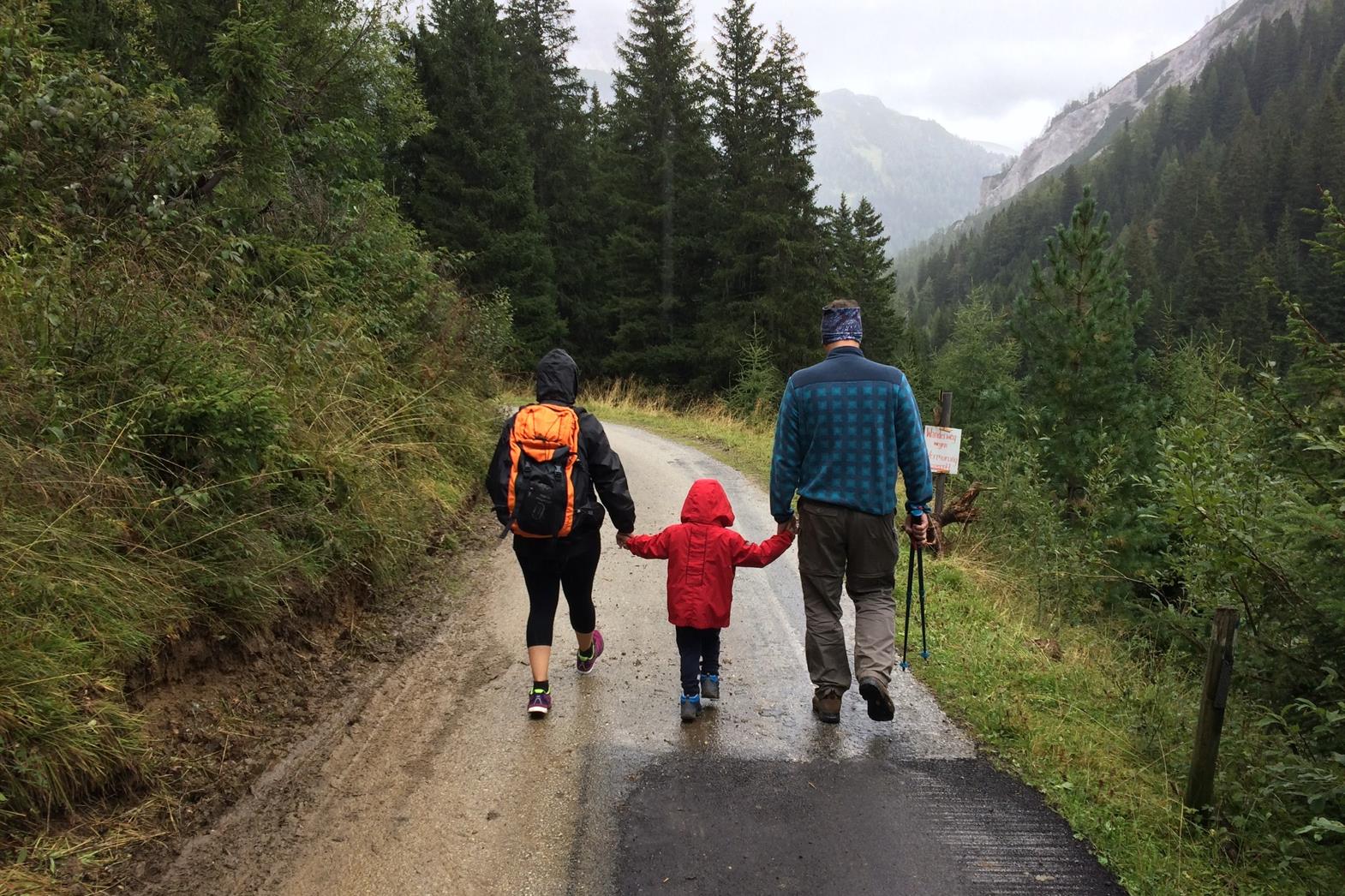 Stress and the Parent of a Child With Autism

Marina Sarris | Interactive Autism Network at Kennedy Krieger Institute
Back
Topics In This Article
Mental Health
Journey Stage in This Article
Share on Facebook
Share on Twitter
Share on LinkedIn
Email
Parents raising children with autism generally may experience more stress than parents of typically-developing children. It is important for service providers to support parents in managing the stress they experience.

Most parents experience stress, but for those raising children with autism, everyday life often brings stress with a capital ‘S’. They need to keep their child from running away, manage meltdowns, wrangle with teachers about special education needs, avoid sights or sounds that overload his/her senses, and drive to therapists. And that's just what Monday looks like. They do all this while sleep-deprived. Children with autism spectrum disorder (ASD) often have sleep difficulties,1 and the effects on the caregiver has a bearing on family functioning2. And those stresses don't necessarily end on a child's 18th or 21st birthday. Just ask Marilyn Cox of Missouri. "I can't say the stress is any less now than it was when my son was 3 years old," she sighs. That was four decades ago. Her son is 47, works, and lives at home.

Simply put, too much stress is bad for parents' health. One research article summed it up: "Chronic stressors can wear down the body, particularly the cardiovascular, immune, and gastrointestinal systems."3 Highly-stressed parents also experience more mental health problems, including depression7,8 and anxiety.9

Many parents, so focused on their children's needs, don't stop to think about their own health. If that describes you, consider this: your stress affects your children, too. Many of you are strongly encouraged to be both parent and autism "therapist" at home. Research finds that highly-stressed parents have more trouble following their children's behavior plans10 and implementing autism interventions.11-12 That's not good for anyone.

Cynthia Yeager, of Maryland, knows a thing or two about stress. The mother of boy-girl twins, she faced double the caregiving when they were babies, as mothers of multiples do. But in her case, both twins have autism spectrum disorder (ASD), and they didn't speak during early childhood.

"I think the most stressful thing was not being able to communicate with them when they were small," recalled Mrs. Yeager. "There were a lot of tantrums from both of them because they couldn't express their needs. That was really hard when we took them out in public. People in the store would look at me like, 'Can't you control your children?'" The twins are now18. Aaron communicates with sign language and picture symbols. Hayley, who speaks and has mild autism, attends college.

Many parents are familiar with the wilting glares and comments of strangers, as Mrs. Yeager describes. The unaware or ignorant may blame a child's meltdown or autistic behaviors on poor parenting. Research confirms that stigma – the negative social reactions and beliefs of others – increases stress for such parents.5,13  Stigma often brings along its cousin, social isolation. Some parents report that invitations stopped coming, due to worries about their child's behaviors, according to a study of families in the Simons Simplex Collection project. Families may even isolate themselves to avoid uncomfortable situations at social events.14,15 Besides stigma, other factors that can increase stress on parents include a child's:

AND SO IT BEGINS: STRESS AND THE TODDLER YEARS

For most parents, stress begins with that "something's wrong" moment when they realize that their child isn't talking, interacting, or playing like other toddlers. For Maria Ott, that realization came at a particularly stressful time, when she was an ocean away from family and friends in the United States. She had recently moved to Germany temporarily for her husband's work assignment.

She began wondering why daughter Hannah wasn't talking. Was she confused by hearing German in the preschool she attended, or was it something more? Getting a diagnosis – and wondering if it was correct – posed the next hurdle. A doctor in Germany diagnosed autism, but experts back home in Maryland were not quite as certain.

The family is now living in Maryland, where Hannah, 6, receives Applied Behavior Analysis services for autism, and relatives live nearby to help. Ms. Ott still wonders why Hannah is not talking despite having relatively good social skills. Autism experts stress the importance of early intervention, so some families feel pressure to find the right combination of behavior, language, and sensory therapies, and school programs – and to do so quickly. "We've been on an odyssey of trying to figure out what's right for Hannah," Ms. Ott said. "Our stress level goes up and down depending on whether something's working for her, or not."

Ms. Ott has several ways of handling stress. For one, she refuses to let stigma isolate her family. She takes Hannah to stores and other places where her behavior or lack of speech might draw attention. The only way to teach her to function in such environments is to expose her to them, Ms. Ott said. "Fearlessness is our biggest stress reducer, and support systems have come as a result of that," she said. "You expose your vulnerability to the world with kindness and honesty, and good things will come to you." The family's openness in their community has paid off: they've found babysitters and playmates for Hannah through these encounters.

WHY DO SOME PARENTS HAVE MORE STRESS?

“Don't think you have to go at this alone.”

Researchers wanted to know why some parents experienced more stress than others. Was it something about their children's type of autism – which can fall along a spectrum, or their family's circumstances or their own traits?

The short answer: all of the above, according to one group of researchers. They studied 283 Canadian women when their children were diagnosed with ASD, as well as two years later.23

At the time of diagnosis, the mothers whose children had the most challenging behavior experienced the most stress. But over time, those with particular coping strategies had less stress. The moms who focused on getting help, solving problems, and finding meaning in their experiences weathered the parenting storms the best. Moms who tended to avoid their problems and emotions – called "disengaged coping" – suffered more stress.23

The proverb, "It takes a village to raise a child," also may be true here. Mothers who had a village, a network of supporters around them, experienced less stress than moms whose support systems were dysfunctional.

Amy Keefer PhD, a clinical psychologist at Kennedy Krieger Institute's Center for Autism and Related Disorders, has worked with parents who say they don't receive enough family support. "Maybe the parent's sister or brother feels they could not manage the child's behavior, so they are not included in family situations in the same way as other relatives, or their parenting is criticized. It might be a generational issue, where grandparents may have an opinion on their parenting, due to a lack of knowledge and exposure to autism, and generational differences in how we should respond to children's behavior."

Even people with supportive relatives say they benefit from creating a wide circle of encouragement and help. Mrs. Yeager recommends that parents reach out for support at their places of worship, local disability organizations, and the child's school. "Don't think you have to go at this alone," the mother of twins said. Support may be found in online networks/support groups, and self-care can be sought by practicing things that one enjoys.

What other steps can parents take?

Researchers involved in the Canadian study pointed to several ways to reduce stress. Parents whose stress comes mostly from their child's behavior could be taught effective ways to manage meltdowns and other challenges. Some families would benefit from respite care – a temporary break from caregiving – and marriage counseling, if those are issues. Other parents could be taught better coping skills through cognitive behavioral techniques, or mindfulness training.23

Some families may not have the time and money for therapy, but one group of researchers tested a relatively low-cost solution: parent-led support groups. For the study, professionals taught and supervised parent-mentors to provide one of two therapies, mindfulness or Positive Adult Development (PAD). The mentors were themselves parents of children with disabilities.9

Researchers randomly assigned parents of children with autism and other developmental disabilities to one of the two therapy groups. The mindfulness group learned special breathing and relaxation techniques, meditation, and other exercises to improve coping. Meanwhile, parents in the PAD group learned to combat worry, conflict, and pessimism by identifying and using their strengths and abilities, and to perform exercises involving kindness, optimism, and gratitude.9

Both groups of parents saw significant reductions in stress, depression, and anxiety after six weeks of treatment.9 The mindfulness group members fared better with anxiety, depression, sleep, and their sense of well-being.

What does mindfulness look like? Let's say your child is having a meltdown in the store. First you realize and accept your anxiety and frustration, then you focus on how to respond to his/her meltdown, without letting your thoughts about the stares of other shoppers affect your decision-making, according to Dr. Keefer, who was not involved in the study.

"ACCEPTANCE" AS A PATH TO STRESS RELIEF IN AUTISM

Another potential stress reducer is practicing acceptance, Dr. Keefer said. Parents who accept where their child is today seem to do better, in her experience, she said.

Unlike some other developmental disabilities, autism carries with it stories of "recovery," at least for a minority of people.24-26 The possibility of losing an autism diagnosis, usually through intensive therapies, creates hope for some families. But it also can fuel stress: some parents may pack therapies into every minute and worry that their child isn't improving quickly enough.

Dr. Keefer said focusing on the present can help. "I think the parents who do best are the ones who can celebrate each achievement and developmental gain as it occurs, and who aren't focused on an ultimate outcome of where the child needs to end up. These parents practice being 'in the moment' versus measuring progress against some ideal outcome."

A WALK IN THE PARK, AND OTHER ACCOUNTS OF RESILIENCE

Mrs. Yeager remembers taking her twins to the park when they were young, a simple, everyday outing for most families. But for hers, frustration lurked around every corner. Would the children cry or wander away? Would they be safe on the play equipment? "We had the best time that day, with no crying and no problems," she recalled. She celebrated that victory by sending notes to the twins' teachers, thanking them for their efforts. Even now, a decade later, it's obvious she still savors that memory of a good day at the park.

Marilyn Cox, a veteran parent, has encountered many challenges, from problems with schools when her son was young, to problems with services and group homes in adulthood. Her son, 47, was born when autism was poorly understood. Her advice to young parents? Keep a sense of humor – and have hope. "I've learned to laugh a lot, even when the situation is not too funny," she said. "There's usually something that comes along that makes it better and more worthwhile." In other words, she's been practicing optimism for four decades.

Photo by Alberto Casetta on Unsplash