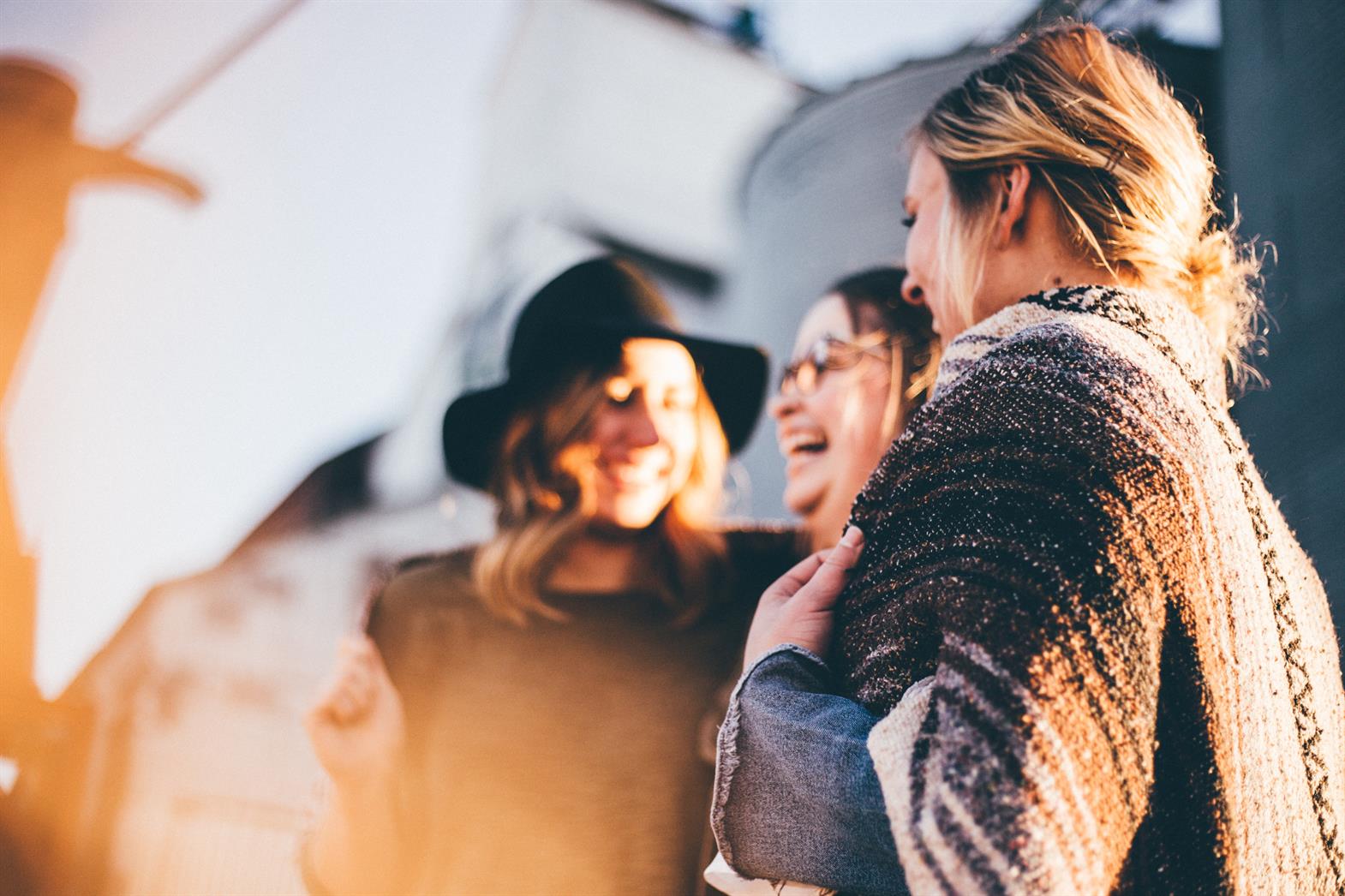 Marina Sarris | Interactive Autism Network at Kennedy Krieger Institute
Back
Topics In This Article
Mental Health
Journey Stage in This Article
Share on Facebook
Share on Twitter
Share on LinkedIn
Email
Individuals with autism can face challenges related to anxiety at a rate higher than the general population. Anxiety relative to autism is examined.

At the autism center where she works, Susan G. Gilroy fields phone calls about anxiety, an emotional problem that often travels with autism. Anxiety can complicate the challenges people on the autism spectrum already face, especially when navigating a social world that is not attuned to them.

"Anxiety can be paralyzing. It can just stop someone," said Mrs. Gilroy, co-director of Northeast Arc Autism Support Center in Massachusetts. "There are individuals with developmental disabilities with severe anxiety who lead very limited lives, because they're not getting the help they need."

Scientific studies have found that from 11 to 84 percent of young people with autism experience anxiety symptoms1 – intense fear, trouble concentrating, rapid heartbeat, tension, restlessness or sleeplessness. It's believed about 40 percent2 to 56 percent3 have an anxiety disorder. As for adults with autism, research is limited, but some studies show from 29 to 56 percent have an anxiety disorder,4,5,6 compared to 9 percent found in the general population, as noted in one study.6

Children with autism may express their anxiety by avoiding new tasks, running away, hitting, and having tantrums, explained child psychiatrist Antonio Y. Hardan, who directs Stanford University's Autism and Developmental Disabilities Clinic.7 As many parents and teachers know, those are some of the very same behaviors that are considered common to children with autism. So how do you separate autism from anxiety? And what can be done to help?

GROWING UP WITH AUTISM SPECTRUM DISORDER AND ANXIETY

“The world was so unknown and stressful to her. I was her safety net.”

Fearfulness, it seems, has been associated with autism since it first got its name. When Dr. Leo Kanner described autism, he noted that some of his young patients were worriers. If not for his boyish voice, Alfred, 9, "might have given the impression of a worried and preoccupied little old man," Dr. Kanner wrote in 1943. Some of the children he described would become upset at vacuum cleaners, loud noises, or moving objects.8

Susan Gilroy understands the fearfulness that can affect people with autism. Her daughter, Lindsay, 39, has autism and anxiety. When she was a child, Lindsay desperately wanted things to remain the same. "Insistence on sameness" is a defining symptom of autism, but it also may be related to anxiety.9 The girl would get very upset if her mother closed the kitchen cabinet doors, or if she left her sight. "The world was so unknown and stressful to her. I was her safety net," Mrs. Gilroy explained.

In her late teens, Lindsay's anxiety grew and led to aggressive behavior. A service provider worked with her to help identify her emotions and manage anxiety. "They helped her develop some coping skills, such as deep breathing, counting, and clenching her hands when anxious, that she still uses today," Mrs. Gilroy said. Medication also helped.

As the Gilroys' experience illustrates, anxiety and autism can be interwoven. Is having a tantrum when separated from a parent due to separation anxiety – a type of anxiety disorder – or an autistic insistence on sameness? Is a teen isolating themself because they are not interested in socializing or because they have social anxiety disorder? Figuring that out is the role of mental health providers. However, they do not all agree on how anxiety relates to autism.

In a 2017 presentation for SPARK for Autism, a research program, Dr. Hardan described three ways of thinking about anxiety in autism.7

Anxiety is completely separate from autism. It looks exactly the same in people with autism as it does in others. Or,

Autism increases the risk of anxiety. Difficulties in various environments, including bullying in school, can trigger anxiety.10 Being overly sensitive to loud noises or other sensory input – common to autism – can make one anxious about those experiences. Or perhaps,

Anxiety is simply part of autism, driving the insistence on sameness and avoidance of social situations that are among autism's core symptoms.

That last theory is the subject of debate, Dr. Hardan said. As he and others explained, anxiety and autism are treated differently.

If you believe anxiety is part of autism, "there might be a tendency to overlook the anxiety and not treat it," said Roma A. Vasa, a child psychiatrist who specializes in both anxiety and autism. "The standard treatments for autism – speech therapy, occupational therapy, and special education – are not going to target fears and anxiety."

And it's important to do so. "Anxiety can make autism symptoms worse. It can interfere with [educational] programming and cause behavioral disturbances in children. In adults, it can interfere with job placement and independent living," said Dr. Vasa, director of education and training and associate professor of psychiatry at the Johns Hopkins University School of Medicine, and Kennedy Krieger Institute.

THE DISORDERS UNDER THE ANXIETY UMBRELLA

Anxiety describes a cluster of disorders that involve excessive fearfulness of objects or situations a person finds threatening.11 For example:

Generalized anxiety disorder is excessive worry about various things, such as school or work. Sufferers may be restless, distracted, unable to sleep, tense, and irritable.

Panic disorder occurs when someone has recurring and sometimes unexpected attacks of intense fear, trembling, sweating and other physical symptoms lasting minutes.

Phobias are outsized fears of specific objects or situations that the sufferer then avoids. Common examples are animals, heights, getting an injection, or blood. Separation anxiety disorder is intense worry about being away from parents, or home.7

Obsessive Compulsive Disorder, or OCD, is characterized by obsessive fears (of germs, for example) and compulsions, such as frequent hand-washing, to suppress those fears. Compulsions in OCD seem to serve a different purpose than repetitive behaviors, such as hand-flapping, found in autism.

Post-traumatic stress disorder (PTSD) may occur after experiencing or witnessing a traumatic event. (Until 2013, psychiatrists considered OCD and PTSD to be anxiety disorders, but they now view them as separate).

"Some symptoms span both disorders," Dr. Vasa said. "Some research suggests that intolerance of uncertainty is a feature of autism and anxiety."

In one small study, for instance, researchers in Pennsylvania found that almost half of youth with autism had unusual anxiety symptoms. They included worrying about minor changes in routine or losing access to a favorite item; fears of the happy birthday song, bubbles or radio jingles; and frantic attempts to escape social situations they feared.13

The everyday fears of children with autism tend to be more unusual than their classmates': toilets, mechanical objects, vacuum cleaners, swings and wind.14

“My daughter got to a point where she never wanted to leave the confines of her bedroom. She  likes animals better than people because people hurt her.”

Social anxiety also may look different in autism, and may be confused with a lack of interest in socializing, a common symptom of autism. Someone with social anxiety disorder fears being judged and humiliated. Certainly, some people with autism share that fear. In a Belgian study, for instance, several young adults on the spectrum said they worried about making a social mistake and people noticing they were "not normal."15 But others with autism may desperately avoid and dread social situations without necessarily fearing rejection, a requirement for a social anxiety diagnosis.16 Those people may have "other specified anxiety disorder," which describes anxiety that does not fit neatly into another category, according to researchers in Philadelphia.16

Social anxiety symptoms are more than just troublesome. One study of young students with autism found that those who had symptoms of social anxiety made less progress in elementary school than those who did not.17

Youth with autism are at high risk of being bullied,18 and that may contribute to a fear of socializing. Kim H., the mother of a high school student with ASD, said bullying at school contributed to her daughter's lengthy struggle with anxiety. The teenager's symptoms have included trouble sleeping, pulling out her hair, and skin picking, her mother said. "My daughter got to a point where she never wanted to leave the confines of her bedroom. She likes animals better than people because people hurt her," she said.

Mental health providers and physicians can diagnose anxiety in someone with autism, although it may be more challenging than in children or adults without autism.

Youth may have language or learning problems that make it harder for them to describe their symptoms and emotions.10 Some, even if they speak fluently, may not connect their symptoms to having anxiety. It appears that further research is needed related to nonverbal anxiety in autism.

Anxiety is typically diagnosed based on answers to questionnaires, not by blood tests or brain scans. But the standard tests for measuring anxiety may not work as well in youth who also have ASD.10,19 Researchers are developing and testing autism-specific tools for diagnosing anxiety, Drs. Hardan and Vasa said.

To help primary health care providers, Dr. Vasa and physicians in the Autism Treatment Network published recommendations for diagnosing and treating anxiety in autism. They recommend that providers look for physical signs of anxiety, such as tremors, restlessness, sweating, body aches, and sleep problems. They should also ask the child, parents and teachers questions to see if they notice signs of anxiety.10 Changes in behavior, or appearing fearful, in certain situations may indicate that anxiety is a problem. After collecting this data, the provider should ask, "How much does anxiety interfere with daily functioning?" And does it occur in different places, such as home, school or work?